UD-RA! The mnemonic for Corporate course of action. – Wasya Co
Skip to content 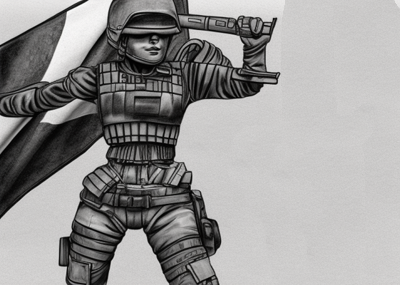 It is a mnemonic for a corporate course of action. This is the standard sequence of actions that can be taken, if you are not doing anything else, and if you have availability. At the beginning of the day when everyone comes to the office (and my sprints are 1-day-long by the way, unlike the industry standard 2-weeks) – an employee of the corporation can start their day by unblocking direct reports and everyone else, then defending the corporate interests such as: paying bills, deflecting lawsuits, addressing whatever’s past due. Then, reducing the todo lists or other liabilities and commitments, and then working on furthering the corporate interests. The attack/assault action should be sufficiently described in the <worklog>.

You may say that “assault” is a wrong word to use here. I’ve thought about this criticism. You can replace it with I for Iterate, making the acronym UDRI, also reasonable. Iterating, of course, refers to the development sprint cycle, iterating on creating and delivering functionality to the customer.

Or you can say Attack instead of Assault. Since first you are defending, the subsequent attacking should raise no objection. Personally, I like the word Assault, because it’s a more sober one. Let’s not be delusional about what we do. The corporate landscape can be a hostile place, competitive and fraudulent. We aren’t being nice by clawing a place for ourselves out on this landscape. We set goals and pursue them. Often, the goals involve survival/profitability, competition, and acting against another participant’s interests. The landscape often includes unfairness, hostility, and outright fraud. Surviving this setup is what we do, by first defending, and then assaulting, and additional steps.

The idea of the mnemonic and the course of action, is to provide guidance. If you don’t know what to do – refer to UDRA to find your point of sober sanity, and continue. There is noone to unblock? Everything is already defended? Reducing is not feasible? Go about your day then, pick the next highest-priority or current task from the worklog.

UDRA can also be used for prioritization. If someone is doing what they are comfortable with (probably, the cozy Iterating), the argument can be made to convince them to do the uncomfortable Defending instead. The argument is that defending is higher priority than iterating, and so on.

Coincidentally, the <daily standups> share the “unblock” point with UDRA. On a daily standup, each team member recites what they did yesterday, what they’re doing today, and whether they are blocked. Unblocking peers is as important in agile methodology as in overall corporate governance.

A technical lead and business developer residing in Austin, TX. I specialize in systems built with ruby, javascript and solidity.

View all of Victor Pudeyev's posts.